The title Double Gazing refers to the two perspectives that the installation creates – the view that the public see when looking inside the building and the view that the scientists see when looking out.  The Dorothy Hodgkin Building was built as a new research centre for Neuroendocrinology and Double Gazing was developed and integrated with the building at an early stage.  One of the aims of the commission was to help generate curiosity about the building and explore some of the fundamental ideas in bioscience.

The artwork occupies five large arched windows in the Rest Room, which face onto the busy Marlborough Street.   Each window is spanned by double sided light boxes that open and close like shutters.  The side facing towards the Rest Room has a very detailed photographic image of the view outside.  The surface facing onto Malborough Street has a computer generated view of the interior architecture that has been rendered transparent so that the full depth of the building becomes much more apparent.  Three of the central light boxes have a screen incorporated within the image which each show a linked video sequence that represents some of the key concepts behind the research undertaken inside relating to the human genome.

The work was developed in consultation with some of the scientists working at the building.
The commission was made possible by a £50,000 Principal Institutional Science and Art Grant from the Wellcome Trust and a £30,000 grant from Arts Council England.  Double Gazing is linked to Bristol’s award-winning Legible City Initiative. 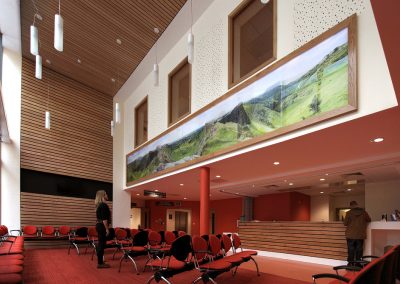 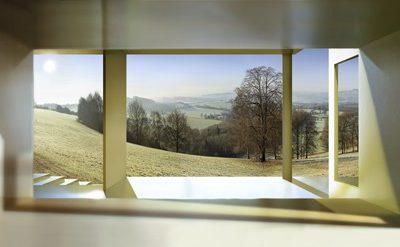 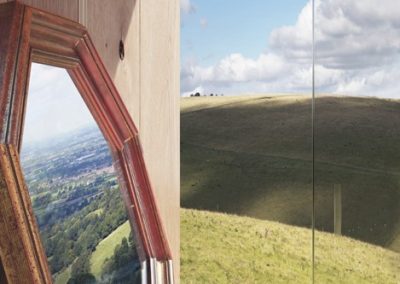 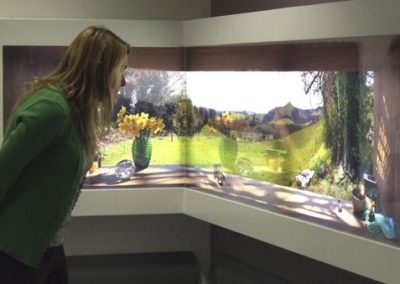 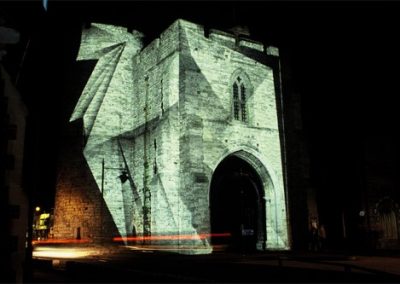 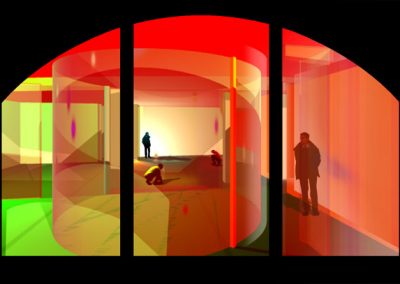 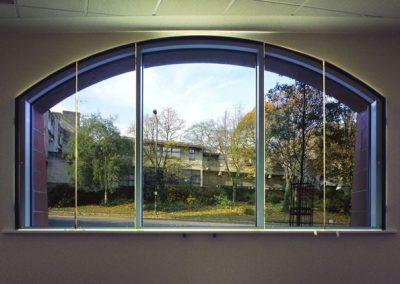 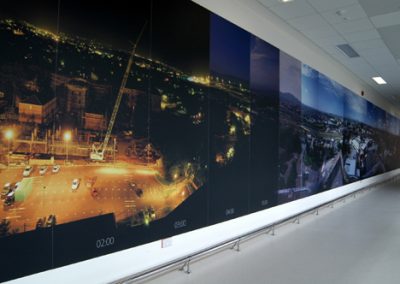 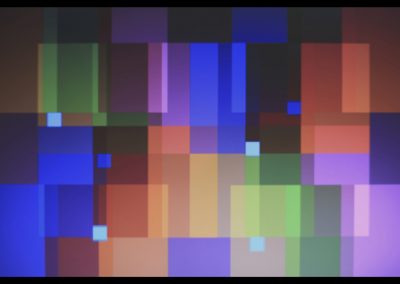 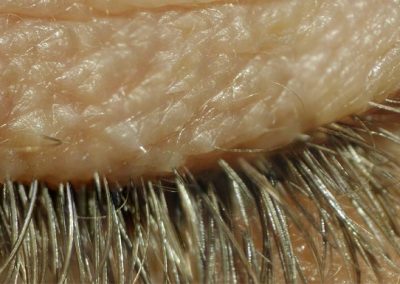 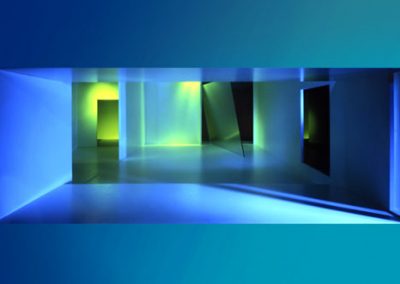